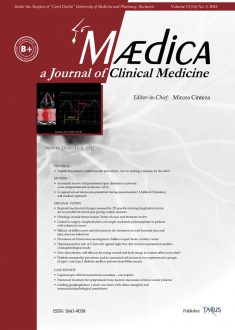 
Relationship between Parameters Linked to Surgery, Hospitalization and Single Nucleotide Polymorphism in Patients with Colorectal Cancer

Objectives: Colorectal cancer (CRC) is the third most common type of cancer, the fourth leading cause of cancer related deaths worldwide and a major public health issue. Management is difficult, especially in elderly patients, and efforts for an individualized treatment are an asset for patients' wellbeing. Factors such as cumulated comorbidities, disease stage, and operative time may increase the length of hospitalisation (LOH) and overall costs. The aim of this paper is to assess the impact of a single nucleotide polymorphism (SNP) - rs6983267 - on CRC risk in Romanian
individuals.
Materials and methods: A case-control genotyping molecular study was performed on 32 patients diagnosed with CRC (median age 67.5 years) who underwent elective surgery and 30 patients without CRC (median age 66 years). Genotyping for rs6983267 was performed on DNA extracted from peripheral venous blood.
Results: Twenty five patients were diagnosed with colonic cancer with different localizations, whereas seven had rectal cancers. Median LOH was 16.5 days (25-75 IQR 12-22 days). Genotyping for rs6983267 revealed no heterozygous (GIT) individuals within the control group, with all patients showing homozygous profiles (76.67% GIG, and 23.33% TIT), but the heterozygous (GIT) genotype was present in 59.38% of the patients in the study group (with 21.88% GIG and 18.75% TIT genotypes).
Conclusions: A higher percentage of CRC patients had at least one G allele (81.21%) when compared to controls (76.57%), although G allele frequency was higher in the control group due to an increased percentage of GIG homozygosity. When comparing clinical data between groups, we found an association
between the length of hospitalization and factors that influenced the operating time. Further research is still necessary to accurately calculate a CRC risk associated with the presence of this SNP in a Romanian population.
Keywords: colorectal cancer, operating time, SNP genotyping. 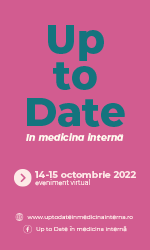 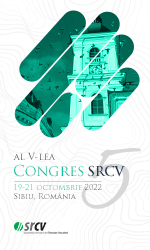 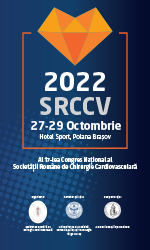 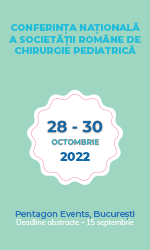