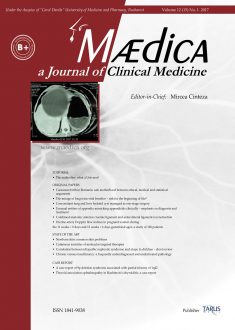 
The Antibodies: What a Universe!

”…we are entering a new era of immune interventions for cancer” – Adrian Bot, senior researcher in cancer therapy, stated in 2011, when he was appointed in a key position of an important research team in the field.

And the results did not retard (1). The team in which Dr. Bot works has recently shown that such a therapy had outstanding results in the therapy of resistant diffuse large B cell lymphoma, a deadly Non-Hodgkin disease when not responding to last line of chemotherapy or relapsing in 1 year after autologous stem cell transplant. In recent presented series of 7 patients, 4 had complete response (57%) and 5 overall response (71%) (1). 3 of the patients are in a complete response status after a 12+ month survey. In the initial group of patients treated aggressively with classical methods, the rate of complete response is only 8% and the median survival is 6.6 month. Axicabtagene Ciloleucel is the name of the therapeutic agent by which the patient’s T cells are transformed to express an antigen receptor to the antigen CD19, which is a protein on the surface of B-cell lymphomas and leukemia (2). The research team uses it in ZUMA-1 Phase 2 Study in both diffuse large B-cell lymphoma, primary mediastinal B-cell lymphoma and transformed follicular lymphoma. The trial is ongoing with great promise.
The concept of using antibodies in cancer therapy is complex and developed in two main directions (3, 4). The first direction is to identify antigens on the cancer cells enough specific for that cancer tissue. The second direction is more complex: firstly, to understand why the immune system of the host is weaker than normal (sometimes the weakness is induced by the cancer cells themselves – by which mechanisms?) and se condly, to create antibodies against the specific cancer antigens or to reprogram the immune system of the host to recognize those antigens and to destroy their host – the cancer cell (3, 4)

The field of pathology where antibodies play already, or may play, a therapeutic role is much larger than cancer: inflammatory diseases, such as systemic lupus erythematosus, rheumatoid arthritis, eosinophilic asthma or even chronic obstructive pulmonary disease, and antiviral agents, antibodies against B virus hepatitis and even against HIV. Many therapies are developed and some are already used in clinical trials (5).

Another field in which antibodies are already approved for human use is the therapy of dyslipidemia. The PCSK9 inhibitors are antibodies that block the receptor of PCSK9, an enzyme which occupies the LDL-C receptor on the hepatocyte and other membranes. This decreases dramatically the uptake of the LDL-C from the blood and, in consequence, high levels of LDL-C will circulate, favoring the development of atherosclerotic plaques.

Blocking the PCSK9 by an antibody, LDL-C is removed from the circulation and its concentration is reduced in a significant degree, comparable with the amount reduced by statins (6).
Two antibodies which inhibit PCSK9 are already approved for clinical use in the USA and Europe: alirocumab and evolocumab. But a third one was that which accomplished the largest clinical trials: more than 26 000 patients in SPIRE-1 and SPIRE-2 studies with bococizumab. And: big surprise!! After such human and financial investment, the drug was retired from the market because… because inflammation developed at the site of injection. An immune reaction of the host against the foreign antibody provoked this reaction (7). However, the other 2 competitors, as well as others on the pipeline promise to be a family of therapies as important as the outstanding family of statins was several decades before.

We may say that this moment is as important for medicine as the moment of antibiotic discovery. And even more. The fact that antibodies may cure a much wider field of diseases than infections may contribute essentially to the therapy of the strongest enemy of medicine – cancer – and may also help diagnosis in fields where the disease is not yet recognized in time to begin therapy.