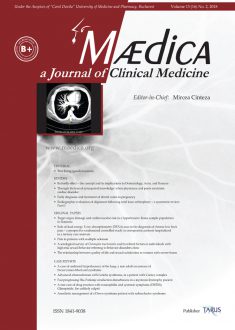 One of them is Eugene Braunwald – the Patriarch of World Modern Cardiology. The other is Leonida Gherasim – the Patriarch of Internal Medicine in Romania. Both are born in 1929. Gherasim in February – the Old. Braunwakd in August – the Youngster.
Let us start with Braunwald. Born in Vienna, his family emigrated to the United States because of the terrible moments that Europe was undergoing. Step by step and in a very short period, young Eugene became master of cardiology at... Harvard, from where he became a guiding light to several generations of cardiologists worldwide.
Since 1980, 11 editions of the Heart Disease Handbook have been published, almost each with more than 2000 pages written in small characters. Also, each edition had Companions of Heart Disease: about 10 different handbooks on Cardiovascular Therapeutics, Heart Failure, Acute Coronary Syndroms, Hypertension, Valvular Heart Disease, Clinical Lipidology, Preventive Cardiology, and others. Professor Braunwald wrote more than 1000 scientific papers in top peer-reviewed journals, more than any other medical author from the 42 000 cited by PubMed.
He had one of the most important qualities of a scientist (and of a human being in general): imagination. His contributions in coronary syndromes, heart failure or valvular heart disease became outstanding.
He was elected to the National Academy of Sciences of the USA, and a permanent endowed chair was established in his name by Harvard Medical School.
Let us move on to Leonida Gherasim. He was born in a very small village in Olt county, Romania. His first years of primary education were spent in neighborhood schools. Then he continued studying diligently and gradually made his way into medicine at the University of Medicine and Pharmacy of Bucharest, Romania, today called ”Carol Davila” University.
He became Professor of Internal Medicine, and furthermore, a honorary member of the National Academy of Romania. He is editor-in-chief of the Romanian Textbook of Internal Medicine – several volumes, several editions, thousands of pages. He is one of the last enciclopedical spirits in medicine, each chapter of all the medicine specialities in this textbook being corrected and revised by himself. Very few doctors of today can navigate in all the fields of medical sciences like professor Gherasim does.
Both Professors, Braunwald and Gherasim, have a distinguishing characteristic of genius: modesty. Making the visit on the ward, they look like very simple and kind doctors at the bedside.
And their activity is briliant even today, when they are nearly 90.
Yesterday, professor Gherasim made the visit on the ward of our department and gave us an unexpected and excellent solution for a complicated case.
At the World Congress of Heart Failure in Vienna, two weeks before, professor Braunwald had five lectures, each linked to the newest domains of medicine. Asked what he would do if he could be 25 years old again and start studying medicine, he answered promptly: ”Genetics! And not only because friends use to call me‚ dear Gene’... but because genetics is the future of medicine”. And one of his brilliant lectures was on Genetics in Cardiomyopathies.
Let us love Braunwald and Gherasim as truly protective parents for us, their young medical suns and daughters who we are!