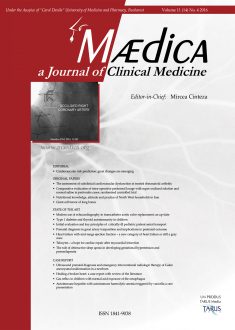 Located under the cerebral hemispheres and draining the anterior and central regions of the brain into the sinus of the posterior cerebral fossa, the vein of Galen aneurysmal malformation is considered to be a rare cause of hydrocephaly. The presence of this condition in the neonatal period typically includes intractable heart failure and a poor prognosis. We report a case of aneurysm of the vein of Galen diagnosed prenatally at 28 weeks of gestation, with the delivery at term by caesarean section of a female infant. Sonographically, the vein of Galen appeared in the mid-sagittal plane, large, supratentorial, non-pulsatile; on color Doppler, the structure filled with bright color, reflecting a turbulent venous flow. A low grade of ventriculomegaly was present during the evolution of pregnancy; regarding the cardiovascular function, an intrauterine right cardiac insufficiency overlapped a tricuspid regurgitation and right atrial dilatation. A multidisciplinary committee decided a neonatal embolization of the aneurysm as an emergency requirement due to increased pulmonary hypertension developed in the next 24 hours after birth.
After the embolization of the two main drainage vessels, the cardiac dysfunction persists. Two days later the evolution became unfavorable, leading to the necessity of the second embolization, which resulted in a 48 hours’ coma and death, due to a cerebral hemorrhage secondary to thrombosis and fissure of the embolized aneurysm. The prognosis for the neonate with malformation of the Galen vein depends upon the severity of the cardiovascular status. Embolization represents actually the treatment of choice with the best results of these cases, but the mortality remains as high as 50 percent even in the most specialized centers of the world. As far as we know this is the only case of Galen aneurysmal malformation in Romania which beneficiated of embolization by interventional treatment in neonatal period.
Keywords: Galen aneurysm, interventional neuroradiology, embolization 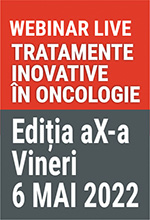 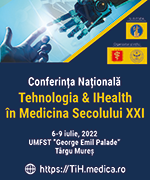 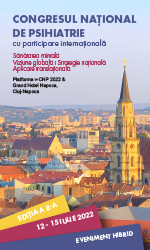